Showing posts from April, 2018
Show All

In his interview this week on Stephen Colbert's Late Show , James Comey describes his motivation for writing 'A Higher Loyalty', a book which (in part) attacks Donald Trump, as providing a vision for what ethical leadership might look like. It's a fascinating interview, and if you have half an hour - go back and click on that link.  James Comey describes an ethical leader as one who has exterior points of reference - such as a spiritual context - and he finds that Trump sees nothing beyond himself. I've not read the book, I've only seen the interviews, but I'm left with many questions. A few months ago, another gay cleric asked me (of the Church of England's latest version of its endless sexuality debates) - "Why should I care? In the end, it's always a bunch of straight people deciding together what I'm worth." Ethical leadership isn't just about external frames of reference for a Christian. It's about understanding y
2 comments
Read more

This week, the Ozanne Foundation was officially launched in London. Having been invited to attend, parish duties kept me in Oxfordshire. I'm glad to say I have felt involved in everything as I have seen lots of posts about the event from friends who were there. I'm also glad to say I read on the Christian Today site that the Dean of St Paul's and the Bishop of Liverpool both find the Church of England's current opt out from equalities legislation morally problematic. So it is. I have blogged on this site both on an essential Biblical understanding of equality , and on St Paul's great call for that understanding. From personal conversations, I know of other leading Anglicans who have theological questions around this opt-out. I hope they will follow David & Paul's example in speaking publicly. Paul Bayes, the Bishop of Liverpool, it seems also agrees with the trajectory of hope argument that lots of us make as we compare this struggle with the fig
Post a Comment
Read more

abuse & forgiveness in the church 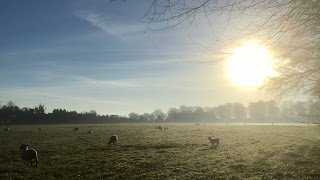 The Church of England has been going through a very public moment of repentance over past failings with regard to its care of survivors of sexual abuse. The Independent Inquiry into Child Sex Abuse (IICSA) has been widely reported in the church press. The Archbishop of Canterbury has said he was " ashamed " of the church's response. But some are pushing back at this inquiry and at the official line being taken. This week, the Church Times features a piece by a former offender which asks - can offenders ever hope for support and trust in the church? Are they suddenly unredeemable people?  Linda Woodhead seizes on similar ground, pointing out that the Anglican church's theology of forgiveness seems to be struggling with the weight of real-world problems. I have no knowledge of and no expertise in child sexual abuse. But the questions raised by these two pieces look very familiar to me. They look very familiar because I'm a gay vicar and therefore I come acro
2 comments
Read more
More posts