Showing posts from January, 2018
Show All 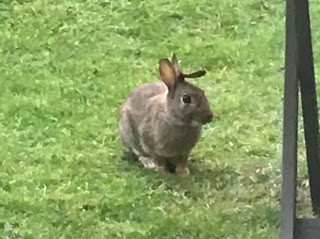 Last week I had the pleasure of spending time with a lay member of the C of E’s General Synod, a person I’d never met before, someone who spends their working life in a professional environment that prides itself on its inclusivity.  We have a mutual friend who suggested we should speak - and, of course, in Christian life, it turns out out, lots of other mutual friends too! In the course of our conversation, this very wise and carefully thought-out person asked me what my hopes were for our current Church debates on sexuality. I replied in one of the many ways I reply to such questions, with a broad brush statement. I said I hoped that eventually I would be seen as an equal human being. This took my conversation partner by surprise.  Honestly, he said, he’d come across all sorts of things, but he'd never come across anyone who wouldn’t want to see gay people as equal humans. Really? I replied. There are genuinely moments when I feel like the three-eared rabbit that r
Post a Comment
Read more

- January 18, 2018
In a comment on one of my previous posts I was asked what I thought St Paul actually said to those disciples of Jesus who were sexually attracted to people of the same sex.  That’s a terrific question! But one of the reasons we have genuine debates about this is precisely because nowhere does St Paul say, “Now about those gay people, this is what you should think,” or “Now about those two blokes in your church who are planning to get married - here’s my take.” Does this mean we know nothing about St Paul’s thoughts?  No. We know a lot - but we know it because of all sorts of things St Paul wrote, and not just proof texts that mentions certain words. And we can add to what we know with other stuff that seems pretty darned clear -  If we keep the same rules for everyone, and remain civil and humble as we negotiate our way around the Scriptures.   That said, whenever I begin to talk Bible and don’t simply repeat the traditionalist viewpoint (though, of course, that should
Post a Comment
Read more 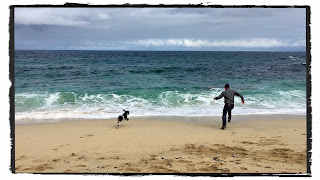 A couple of folk have directed me to Ian Paul’s blog over the past few days, where he’s posted something of a response to Jayne Ozanne’s new Foundation .  One of the responses comes from David Bennett, a gay celibate Christian, who questions the Ozanne Foundation because he fears it will “resist, persecute and reject celibate (or “Side B”) gay Christians”.  If you’ve not come across the Side A/Side B language before, I first came across it through reading Justin Lee’s material - his website has generous and interesting material on this, as a debate between evangelical and gay Christians who think celibacy is not a necessary response and those who do talk together.  The first thing I’d like to say to David is - Jayne is a good friend of mine; we had lunch the day after the Foundation was launched. And I am a gay celibate Christian. She isn’t for a moment out to resist, persecute or reject me, and I wouldn’t have thought you either.  She has far bigger matters on her mind...
5 comments
Read more

the inclusive lord of the sabbath 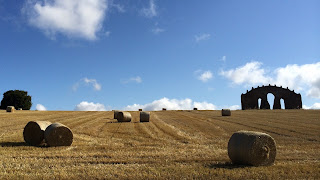 So where to start then? Since beginning this Blog yesterday, I've had a number of messages, texts & emails asking me why I think the Scriptures are so important. Underneath this I hear the stories lots of us who are gay know of having the Bible weaponised and used against us. That's an incredibly unlovely thing. It hurts. But it's also not how things are meant to be. The Bible is meant to be an amazing, life-giving Gift that shows us who God is and what God is like. So perhaps I will begin here. And I think I will try and explain what I mean by looking at how Jesus uses the Scriptures. Because Jesus reminds us - again and again - that the Bible shows us wonderfully what kind of God we worship . And if we forget to look for our God as we read the Scriptures, or make God too close to ourselves in all of this, we end up with something - well, as I said, unlovely. Here goes. Head  first. Diving in. Let’s look at how Jesus deals with Torah, the Old
Post a Comment
Read more
More posts