Showing posts from December, 2019
Show All

with a little help from our friends... 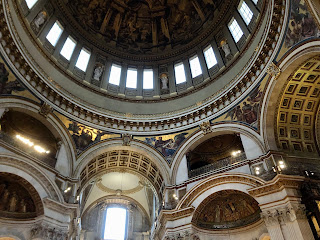 There’s a view of history that things can only get better. In the latter part of the nineteenth century, this was the predominant view for many, but the horrors of the Great War blew serious holes in it as a theory. Still, it has often tried to reassert itself since then in different guises.   People just need educating. Technology will help us. Global allegiances will end wars and famine.  I’d love this to be true. As a member of a minority within society it would be a great comfort. Looking back 50 years the world certainly seems a far friendlier place to LGBT+ people than when I was born. But… People are people. And minorities are minorities. And the times we live in are, frankly, scary. In New York and in London this Christmas , Jewish communities found the end of their Hanukkah celebrations marred by violence. In Britain, this comes after an election where the Labour Party lost decisively. In part this was because they were seen to be be antisemitic, a bad thing. Th
Post a Comment
Read more
More posts